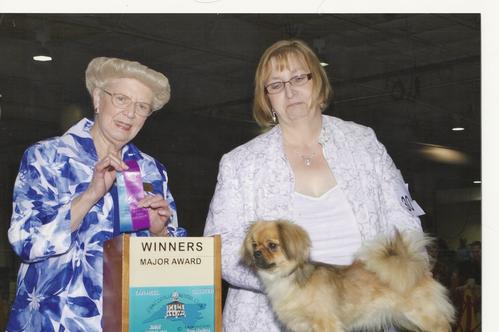 Originating in the Himalayan Mountains of Tibet, the Tibetan Spaniel has been known for over 2,000 years. Bred and owned by Buddhist monks and lamas, “Tibbies” were never sold. They left the monasteries of Tibet only as treasured gifts to esteemed friends.

Legend has it that Tibetan Spaniels were trained to turn the prayer wheels in the monasteries. Though this legend is now doubted, they did serve the monks as companions and bed warmers. Their keen eyesight and hearing made them ideal lookouts, lying on the high monastery walls and barking a warning to the monks and the larger Tibetan Mastiffs whenever anything suspect approached.

The misnomer, spaniel, came to be part of their name from the French word epagnuel which, in the Middle Ages, referred to a companion dog and comforter much loved by the ladies of the European and Oriental courts.

The breed first came to England in 1898, but few were bred until after World War II. Importation to the United States began in 1966, and the Tibetan Spaniel Club of America, Inc. was formed in 1971. The American Kennel Club recognized the Tibetan Spaniel in 1984, and they joined the Non-Sporting Group in competition.  The United Kennel Club (UKC) recognized the Tibbie in 1992 as a Companion breed. 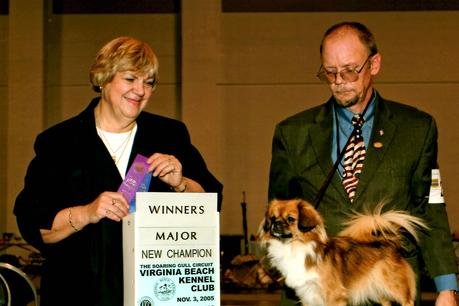 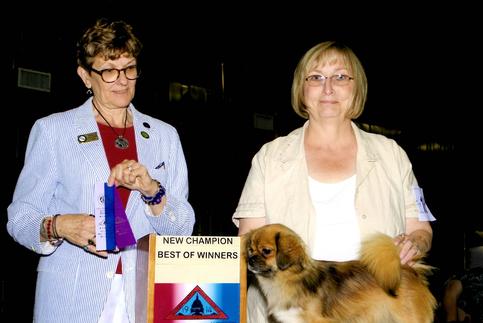